“But perhaps the best thing about Cafe Ginkgo is the space. The main dining-room looks like the interior of a Norwegian log cabin, with plain wooden surfaces and simple wooden furniture. The front is made up largely of glass and the back opens out on to the garden centre giving the restaurant a wonderfully airy, al fresco feel. For somewhere so achingly trendy, its refreshingly down-to-earth and unpretentious.”

That was the review written by Toby Young in The Independent about the fantastic new log cabin cafe at Ginkgo Garden Centre designed and built by us at here at Keops. If you’re in the London Hammersmith area, why not pop in and sample the wonderful food available, pick a plant or two for the garden and take time to enjoy the log cabin atmosphere!

Having had a log cabin from us previously, Dan at Ginkgo had no hesitation in asking us to design and build a new cafe building for the garden centre in Ravenscourt Park, London.

A “L” shaped building was proposed in 55mm log, the front wing measuring 12 metres by 6 metres and the other wing 5.7 metres by 8 metres coming into the garden centre. Lots of doors and windows were added to allow plenty of access and natural light. Ginkgo choose our UPVC doors and windows which not only look great but also offer extra security. 4 velux windows were put in the roof to allow even more light to flood in and green roof shingles were chosen to blend in nicely with the garden centre’s greenery.

Inside the whole cabin was painted in a lovely subtle green/blue which gives a wonderful relaxing contemporary feel. The whole building is a stunning success – The Independent described it as “achingly trendy”- and has had first class reviews for its ambience and food.

The garden centre is under new management and the Ginkgo cafe is no longer operational. The building however is now the West 6 Garden Centre shop which sells unique and stylish accessories for the home and garden. 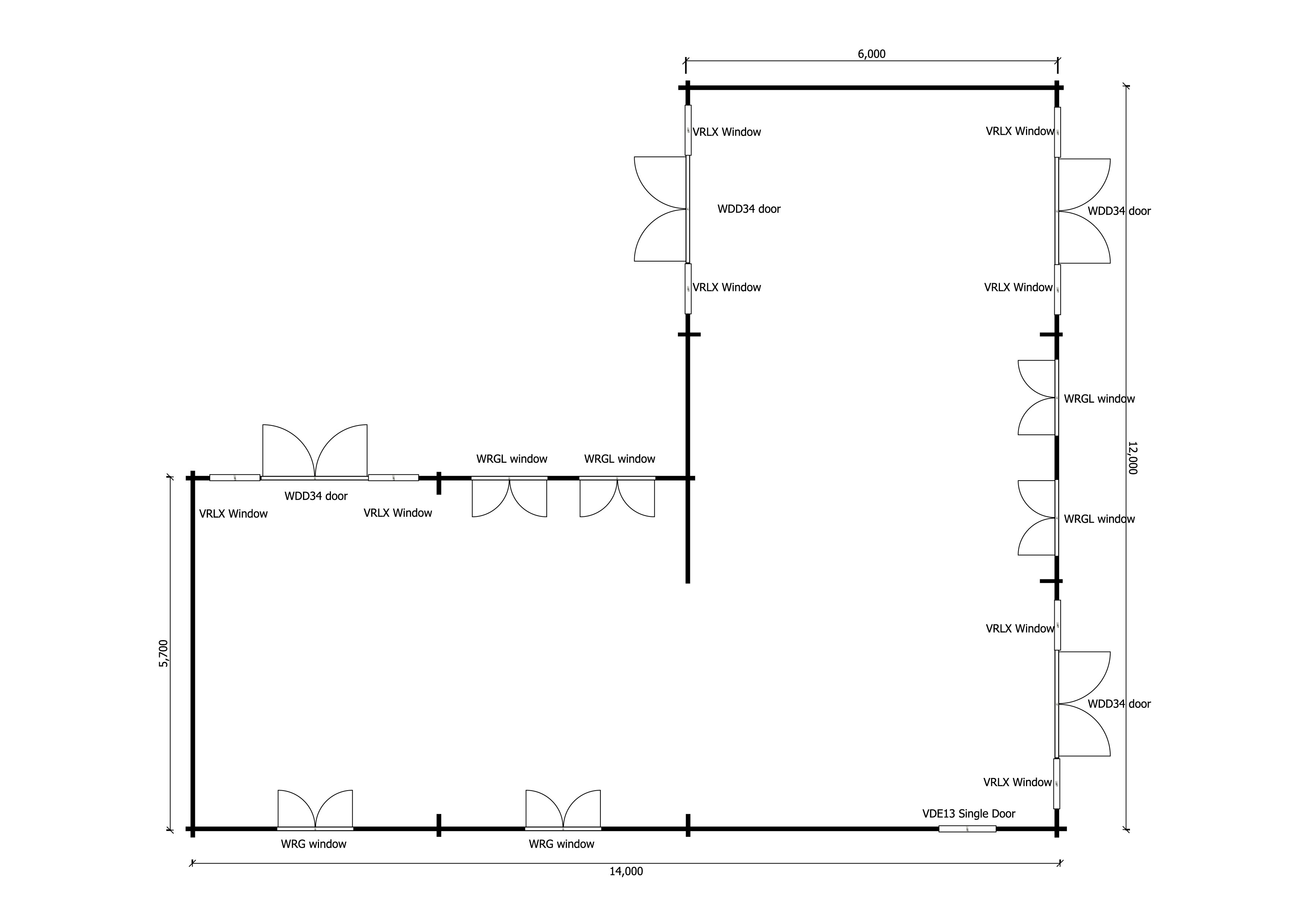