To celebrate Jim and his wife building their new Keops garage, a BBQ and open day was held to celebrate the couple’s success and hard work. Not only was the garage much admired but they succeeded in bring the neighbourhood together and introducing new friends. We think they’ve done an amazing job! Here Jim tells us about his project.

The garage at Cornerways is at last substantially finished – just fitting out left. We were in no great hurry, just the two of us (71 and 68). Mostly the limitation was the weather, to begin with we had to stop work about 9am because it was too hot!

We had a garage open day, with a display of paperwork and photographs plus a BBQ for all our neighbours. We have had lots of interest from them passing on their way to the shops/dog walking, etc. One of them said that now it was finished, they would have to go back to watching the TV. Lots of them came and many of them met people they had not previously known. Several people have said that it looks as if it has always been there.

We live close to the Norfolk Broads, so for planning purposes we are in the catchment area of the Broads Authority, who can be a bit picky. Our first application was for a double garage in the front garden. This was refused, but I never worked out exactly why. I was therefore a bit apprehensive about the second application for a large single garage squeezed into the triangular space at the side of the house, but they seemed to like it. According to building control, if you can get a cigarette paper between the new structure and the house, it is free-standing, and building regs do not apply.

One of the conditions attached to the permission was that the building should look as similar as possible to the house. I thought this would be difficult, as the end wall wood cladding was a range of colours from pale cedar to nearly black from weather exposure, so I decided that the best way was to paint both the same colour. We had some help from friends and neighbours for the concrete base, so that we could get it levelled before it set. It was OK the next morning, even without footprints from cats or herons, who visit every day. I was expecting a call from the delivery driver, as parking and turning such a large vehicle is very difficult here, but he just turned up with the whole lot on a fork-lift.

Because this building has doors at both front and rear, the side walls are independent up to the top of the doors. I felt I had to brace them against possible wind, as if they had blown down it would have been a disaster. The wall against the house was only 100mm from the brickwork, so we used a right-angle brush to apply the preservative as the wall went up.

I always thought that the roof would be time consuming, and it was, but worth it. A small problem was that my roof ladder would not latch onto the ridge, because of the shallow angle. I solved this by roping the ladder to a tree on the other side so it didn’t slide off.

The walls were finished with two coats of Cuprinol Clear wood preservative and two coats of Sadolin Superdec Super White. Both of these seem expensive, but feel good quality and they go a lot further than expected. I was planning to have white walls with black doors, but when we saw the doors, we agreed that they looked too good to be blacked, so they would be white. We then made the door surrounds black which made a smart detail. 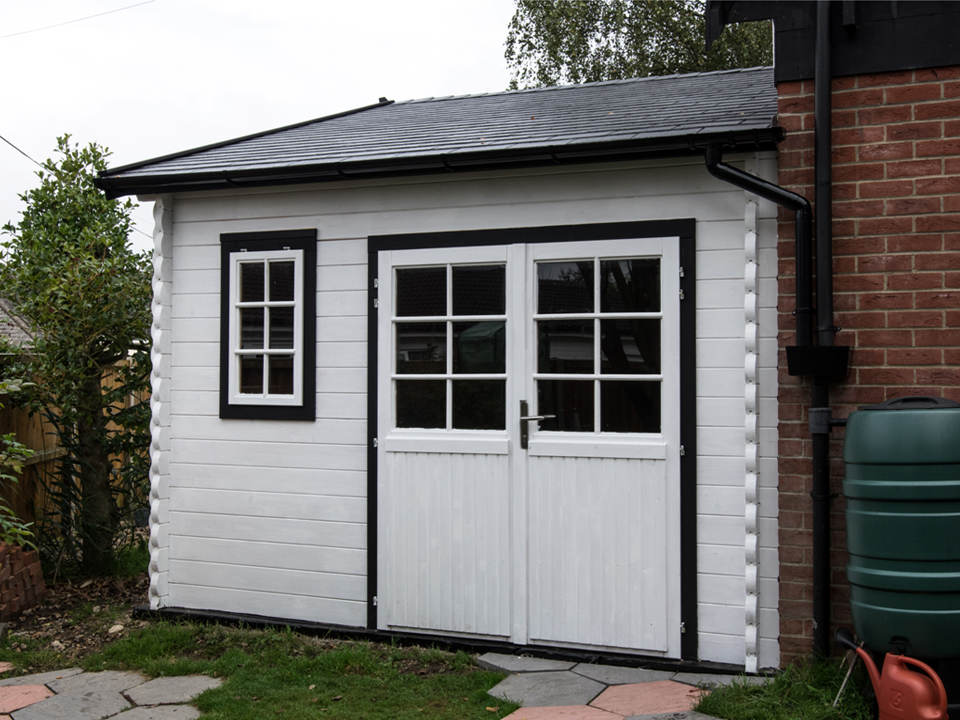 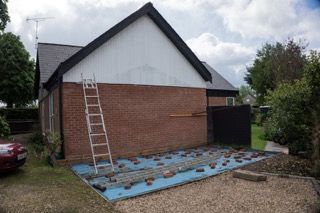 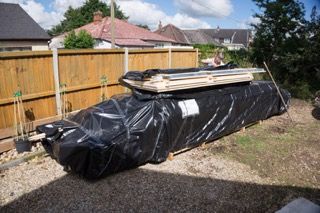 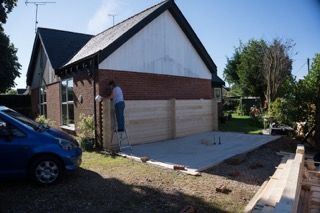 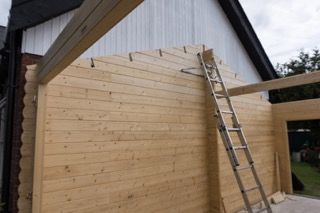 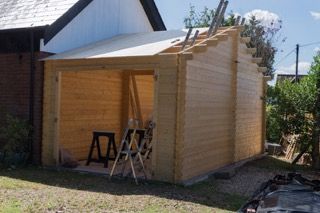 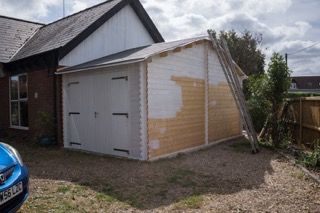 The four sided free standing cabin was positioned adjacent to the house. There is a 100mm separation distance and this is sealed to the weather by the log protrusions through the corner joints butting to the house. A simple flashing from the house to the cabin roof will seal the top. 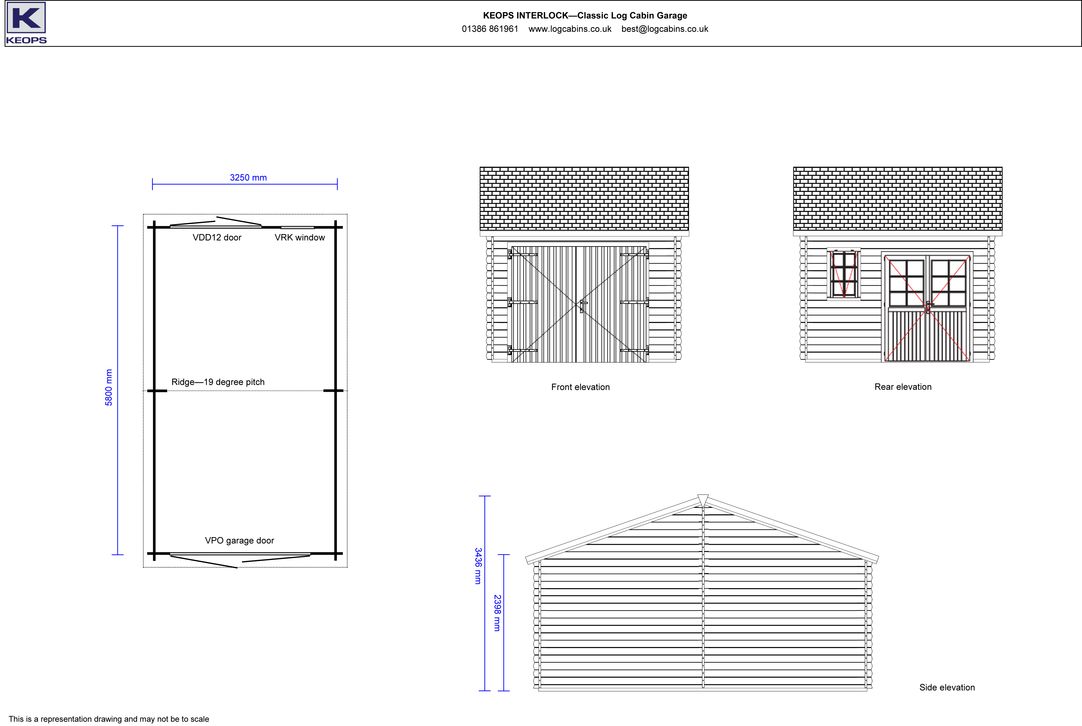